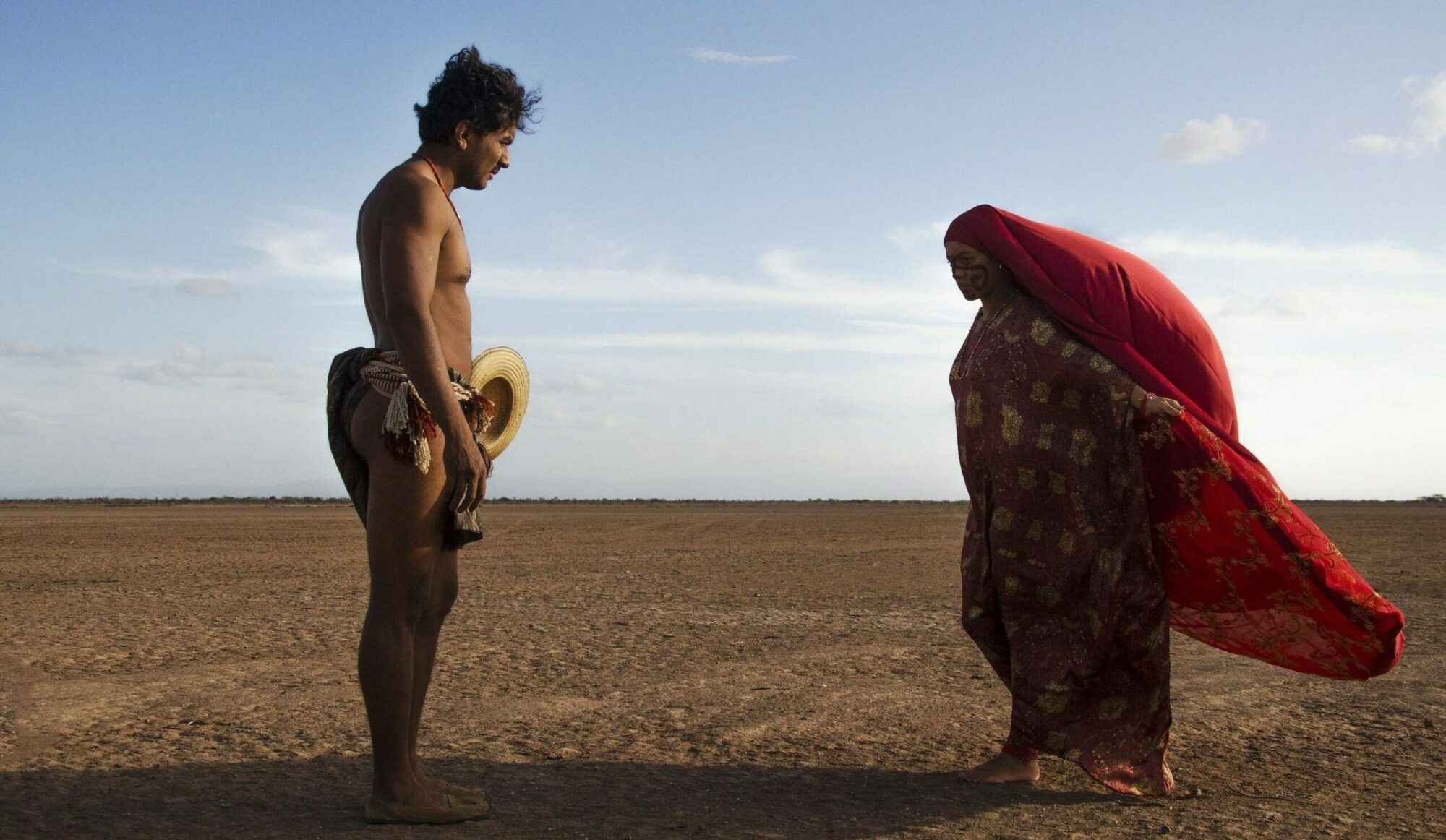 During the 1970s in the Guajira desert, an arid land where it never rains, a storm that started as soft drizzle destroyed everything. But it wasn’t the typical Caribbean rainstorm. It was a different kind of storm: a storm of a “wild grass” that grew in abundance in the Great Mountain; a plant that with its pleasures drove mad the white from the North, and with its money, the indigenous, black and settlers from the Colombian Caribbean. But just as the birds of passage, that only come when the soil is fertile and promising, this plant left when the bonanza summer died, leaving behind a path of destruction and despair.